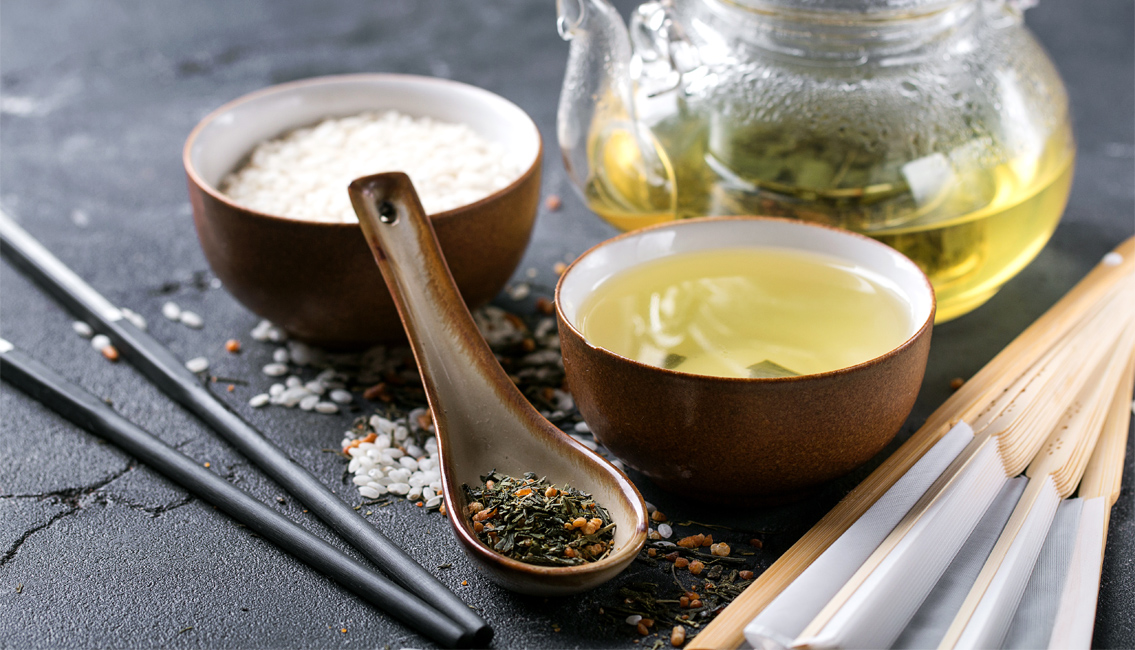 Previously, we’ve introduced you to all kinds of Chinese tea such as green, white, yellow, oolong, black tea, and lots their different variations. In this article, we’re doing something different. First, we’ll tell you all about the most popular tea kind in Japan, Sencha tea. Secondly, the perfect fusion between Japan and China gets discussed. Let’s get to it.

Sencha is a Japanese kind of green tea, also called ‘ryokucha’. Where China’s number of tea kinds is endless, things are much easier in Japan. All tea that’s been produced over there is green, only the areas where the leaves are plucked and processes differ. Sencha accounts for over 80% of Japan’s tea production and consumption and is, therefore, the big winner when it comes to tea in the country. It’s made of top buds and leaves that are always plucked in spring. Once taken off the trees, the leaves are steamed, which is another major difference between Chinese and Japanese tea. In China frying has mostly replaced the steaming process, but Japan has kept it traditional. Steaming enables the use of higher temperatures, and will therefore only take seconds to finish the processing. This makes time control essential. When taken out of the steamer, tea leaves are then immediately rolled and shaped by hand and dried. The whole production process of Sencha only takes a few hours, which makes for the most natural flavors and maximum preservation of nutrients.

Sencha has a history of over 1500 years, while Earl Grey tea came much later. It is a reputed tea blend, traditionally referring to black tea flavored with bergamot oil, the natural extract of bergamot rind. It’s been said that this kind originates from the 1830s and was a gift from China to the UK. The country where it got its popularity and its name, thanks to the deep love for former prime minister Charles Grey. Twining’s, the biggest tea company in the U.K., put Earl Grey tea into mass production in the 19th century.

Over to the fusion. The Green Earl Grey Sencha is a bergamot-flavored green tea. Italian bergamot rind is added to the Japanese Sencha. These two seemingly unrelated ingredients create an amazingly refreshing and relaxing taste and fragrance. The bergamot oil provides the drink with a lemon and flowery aroma and makes it a perfect foil to the light, bitter-sweet taste of green tea.

A fine Green Earl Grew Sencha has a dark, polished green color that turns into light green upon brewing. After 30 seconds of steeping, the aroma of bergamot first travels to your nose, followed by the grassy note of Sencha. Light, fruity taste of the tea wraps and lingers on your taste buds, leaving your mouth with a long-lasting fragrance. For tea-lovers that are seeking serenity and peace, Green Earl Grey Sencha is, without doubt, a unique and fascinating choice.

Along with the soothing and invigorating atmosphere, Green Earl Grey Sencha brings many psychical benefits. Green tea has long been proved for its features supporting weight loss when drinking more than 500ml a day.