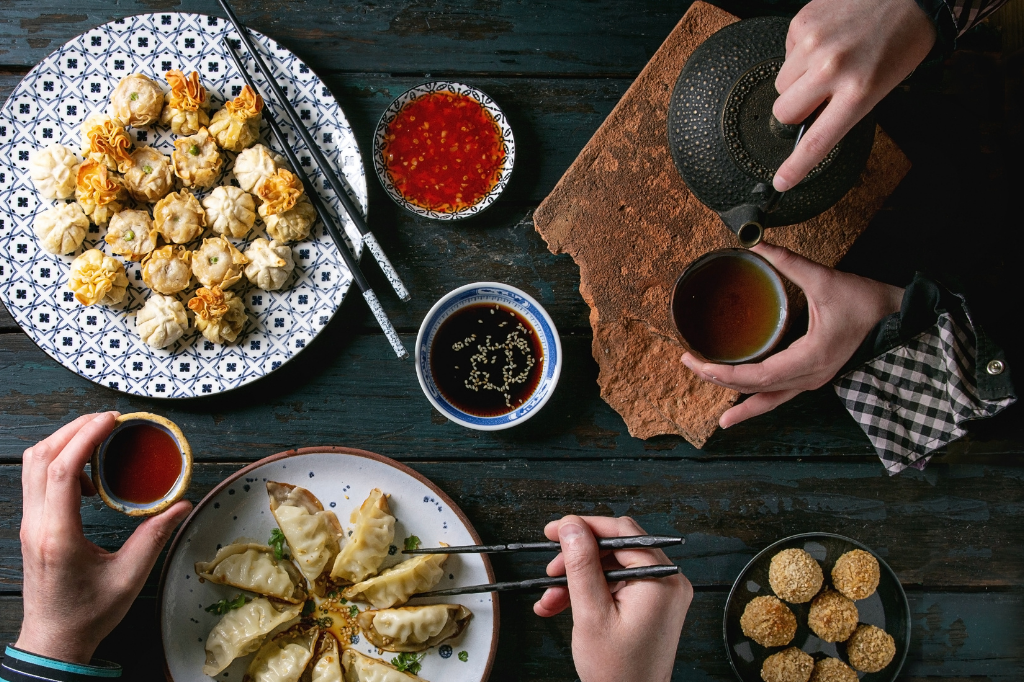 Pouring tea may seem very common today but in China, it is still considered an art. In the past, pouring tea even played an important role in the choice of a possible daughter-in-law. Tea is not just a regular drink in China. As a result, there are countless Chinese tea ceremonies and they are even an integral part of a Chinese traditional wedding. One of the special tea ceremonies is the Cantonese Yum Cha Tea ceremony. This ceremony is not only about tea, but also about enjoying a culinary moment with delicious food!

What is the Yum Cha Tea Ceremony all about?

Yum Cha means ‘drink tea’ but it is about much more than just drinking tea. In short, during the tea ceremony, you can enjoy tea, but also delicious dim sum. The combination of tea and dim sum was also very loved by Emperor Xianfeng, who reigned in China during the origin of this tea-food combination!

The combination of dim sum and tea originated in tea houses during the Guangdong province. Emperor Xianfeng described these locations as yi li guan which means 1-cent house that is to say, restaurants/tea houses that were known for great quality tea and dim sum for affordable prices.

When Yum Cha became an official household name, migrants introduced this tea ceremony from Guandong province to many other areas, such as Hong Kong. Even today it is still a very popular ceremony in many regions.

The Essence of the Yum Cha Tea Ceremony

Drinking tea has always been an important part of social settings in China. Likewise, the tea houses were visited with business partners, family, or friends. In other words: the perfect moment for some nice conversations and even a little gossip now and then.

The custom of chatting and enjoying the Yum Cha is described as cha waa: tea conversations. Today, this tea ceremony is still a popular late morning tradition!

As nice as it is to chat and enjoy tea and dim sum; observance of the chinese etiquettes is still part of it! For example, a few important etiquettes are finger tapping after your tea has been poured. Is is time to refill the tea pot? In this case, don’t constantly look around you to attract the attention of the staff. Simply place the tea lid halfway over the opening of the teapot. By doing this, you communicate to the staff that you would like more tea.

And now it is time for your own Yum Cha moment

Do you feel like enjoying your own Yum Cha tea ceremony? We have something nice for you! Our chefs created a delicious Asian High Tea Kit for two persons!

Enjoy a selection of teas and matching sweet and savory bites, such as homemade macarons, bonbons, egg tarts, and bao buns that you can top yourself with beef tenderloin or salmon! Check here which kits you would like to order, invite your friends or family, and enjoy cha waa together; in other words, nice tea conversations and delicious food!

PrevFinger tapping and tea drinking: a small gesture, with a big meaning!
Ginseng; why is this special root so popular in china?Next