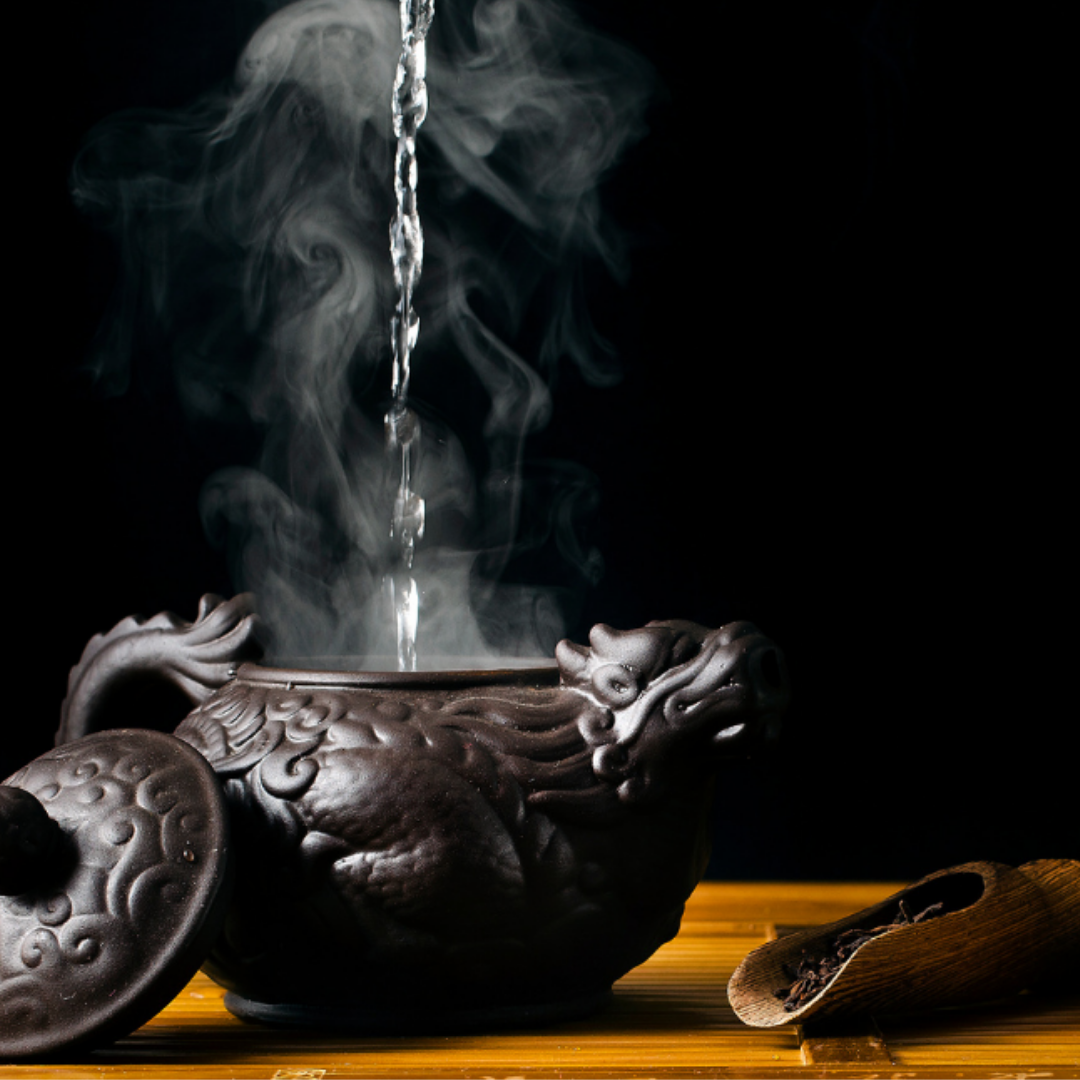 Finger tapping and tea drinking: a small gesture, with a big meaning!

Chinese culture is full of customs, symbols and special traditions. In China it is therefore important to master these gestures, especially during important occasions. It is associated with someone who is civilized and knows how to behave well in social settings. Mastering Chinese customs is linked not only to you as an individual, but even to your family and upbringing. It is therefore quite important to avoid uncomfortable and undesirable situations. Are you not from China? No worries! Of course you are not expected to know all the gestures, but everyone who makes an attempt is appreciated a lot. Read all about finger tapping and drinking tea in this article!

The meaning of finger tapping and its origin

In China you can see a group of people in a restaurant suddenly tapping their fingers on the table. This often happens when the tea is poured and is primarily a sign of respect and appreciation. This ritual originated during the Qing dynasty, a period in which tea already was a popular drink.

Emperor Qianlong was traveling through China at the time. This gave him inspiration and the emperor could get a sense of how the citizens lived and what concerns them.

During his mission, the emperor paid a visit to a tea house. They served delicious teas and the emperor was very impressed by the way waitresses served tea without spilling any drips on the table. Emperor Qianlong wanted to learn this skill as well, and so he started to practice pouring tea.

But what does finger tapping actually have to do with pouring tea?

Nice story you might think, but why is this story the origin of finger tapping? This has everything to do with the undercover status of the emperor. It was not really customary for an emperor to serve tea. If this happened at all, it was at the very least appropriate to bend after you’ve been given a cup of tea from the emperor. After all, it is the emperor pouring you that nice cup of tea! However, if his companions were to bow, it could danger the undercover status of the emperor. In order to still show respect and gratitude, peopel decided to tap the table with their fingers.

Today in China there are still people who finger tap in restaurants or other settings when their tea is poured. Nowadays, finger tapping even has some practical reasons as well. Tea is often served during a dinner. To avoid having conversations interrupted by saying “thank you” each time, you can just tap on the table a subtle way to show thankfulness. Handy, right? Of course, don’t do this when it’s quiet and it’s a small effort to say thank you with words. That’s is after all still considered as polite!

How does finger tapping actually work?

Usually you use two fingers for this ritual; your index and middle finger. After your tea has been poured, tap the table about three times with the index and middle fingers extended and the other fingers bent. Why? The two outstretched fingers symbolize the arms and the other retracted fingers the bow. In this way, the emperor’s companions could still subtly bow without exposing him.

Would you like to learn more about the ways people bow in China? Then watch this video in which all styles are explained!

Fun fact: did you know that Emperor Qianglong also left his footprints in the Netherlands? Restaurant Zheng located in the Prinsestraat in The Hague is inspired by this fascinating emperor. This is reflected in the beautiful interior and even by the way the food is served.