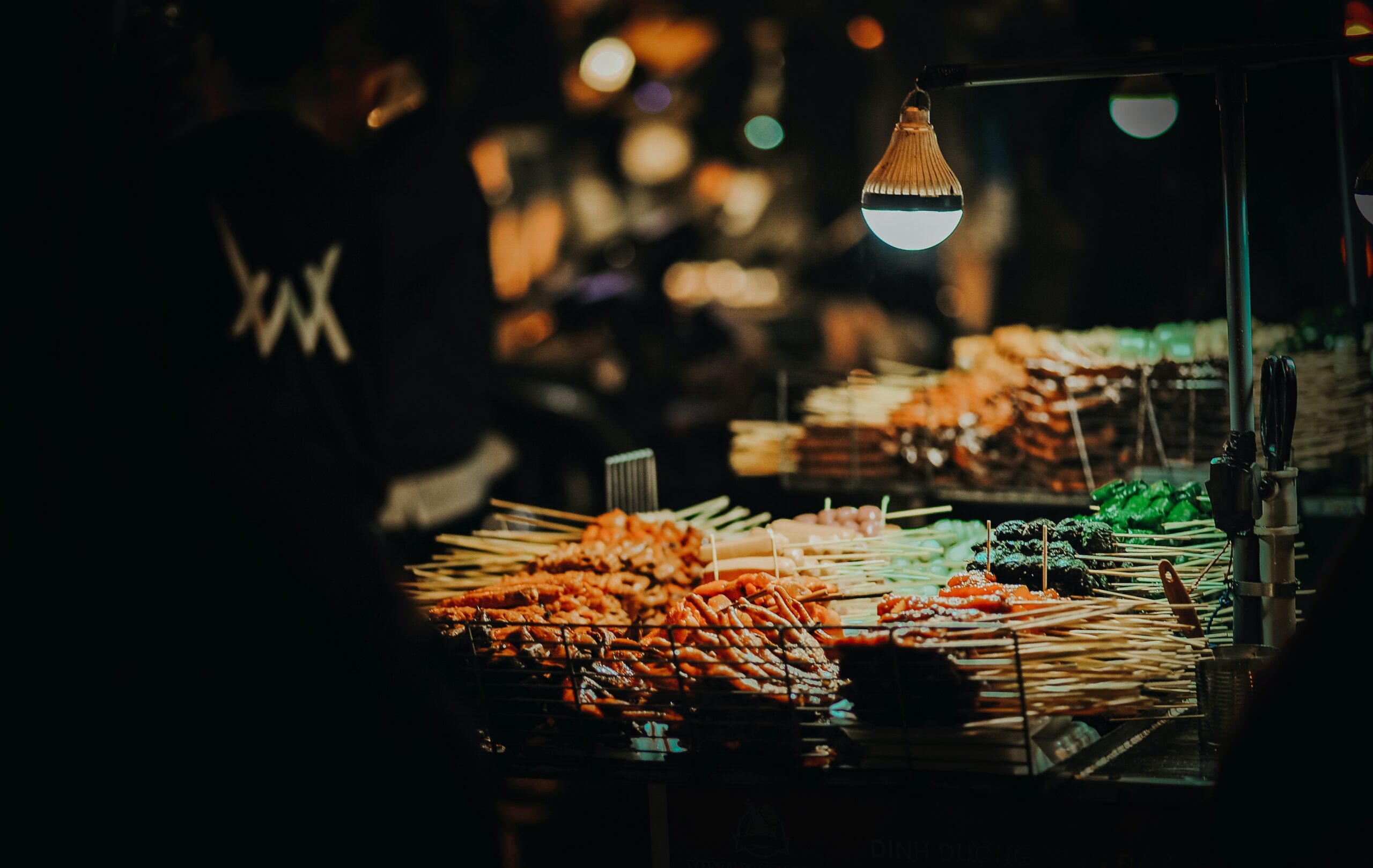 Street snacks you need to try when visiting China.

Luxury meals are not always the way to go, sometimes you just need to go for the the special snacks in the crowded shabby Chinese alley, they’ll surprise you! This country has many interesting, original, and tasty snacks, many of which are more nutritious and natural than chocolate and potato chips. Snacks on the street are the embodiment of local culture of the different Chinese cities, and the epitome of local cuisine. With simple ingredients, great taste and short waiting time, they are deeply welcomed by the public.

When you are strolling through the streets of China cities at night, you’re surrounded by scents and seduced by the street snacks. After the sunset, numerous vendors crowd the streets of specific areas, especially around schools and universities. This is called yeshi, which means night market. You are likely to come across some vendors or small shops selling various tasty street snacks costing only a few yuan. Maybe you’ve been warned of avoiding street snacks for reasons of hygiene. No need, most street snacks are clean and safe, and often the best part of a city’s culinary experience.

This hot and sour noodle dish, made from sweet potato powder, is especially popular in Chongqing, and the Sichuan province. Here, it is usually eaten as a snack or a quick lunch or dinner meal. The noodles taste slippery and chewy, with a special sauce that’s made of chili and ginger powder, vinegar, soy sauce, peanuts, soybeans, chopped green onions, and parsley.

Another similar spicy food, but then in the form of a hot pot. The ingredients vary a lot and are adjusted by the chef’s taste. For example, it can be made with shrimp, fish balls, bean curd, lotus root, mushrooms, beef tendon, and much more. All kinds of ingredients are threaded onto skewers and then boiled in a spicy broth. Eaters of this dish, are almost never alone. They eat together and use sesame paste, garlic juice, oyster sauce, crushed peanuts, and chopped scallion as a finishing touch.

This dish’s name doesn’t get your tastebuds going, but the dish itself definitely does! In China, smelly tofu, is known as Choudoufu, and is a form of fermented bean curd that has a strong odor and is usually deep-fried. The scent, combined with the unique taste, makes that you either love or hate it.

This fried bread stick, also known as Chinese oil stick, can be best described as two long fried dough sticks attached together, which tastes chewy and crispy. The snack is usually eaten as a traditional Chinese breakfast, together with rice porridge or especially soybean milk, which is seen as the healthiest ingredient to start of your day. When Youtiao is combined with soybean milk, the dish is called Doufunao. Fun fact: when you visit northern China, this dish is a different then when you visit the south. North eats it with soy sauce, mushrooms and egg, and some chopped coriander, while southern residents, serve it with white sugar.

Jianbing is a kind of traditional Chinese pancake also often eaten during breakfast in Northern China. The street crepe originated as the most famous snack of Tianjin, but has now spread to many Chinese cities and grew popular in the south. The making process is rather simple: pouring and spreading the batter on a flat heated surface to form a thin pancake or crepe, pouring on an egg, and letting it cook. When it is almost ready some savory and spicy Chinese sauces are added, and crispy fried dough is placed on top. The dish is finished when the cook has sprinkled on some chopped green onion, cumin, sesame, and rolled it up. The whole process will only take about three to four minutes. This dish isn’t included on many restaurant menus, so when craving for these fried pancake wraps, the streets is where you need to be!

Then comes the Sugarcoated Haws, or as the Chinese know them: Tanghulu. This one is considered a symbol of the Chinese snacking culture. It is a kind of candied fruit; the hawthorns are strung together with a bamboo stick, and shaped like “gourd”. When covered in sugar, they turn bright red, and combine a sour and sweet taste. Because of this sugar coating the snack is crisp and the filling is soft. Sounds good right? Especially in the north of China during winter Tanghulu is very popular and stalls are seen on every corner.

While you think sugarcoated snacks aren’t the best choice when you want to stay healthy, scientific research shows that hawthorn helps your digestion, lowers the blood pressure, and cholesterol. When back in the days, the raw material used was always hawthorn, today a lot of other fresh and dried fruits are used such as water chestnut, yam, walnut, banana, apple, orange. Also, the filling now varies from date paste, red bean paste, and lots of other ingredients. Always beautiful and delicious.

So, whatever your mood is, there’s always something to be found at the street that satisfies you. Spicy or mild, savory or sweet. No matter your graving, you won’t be disappointed.