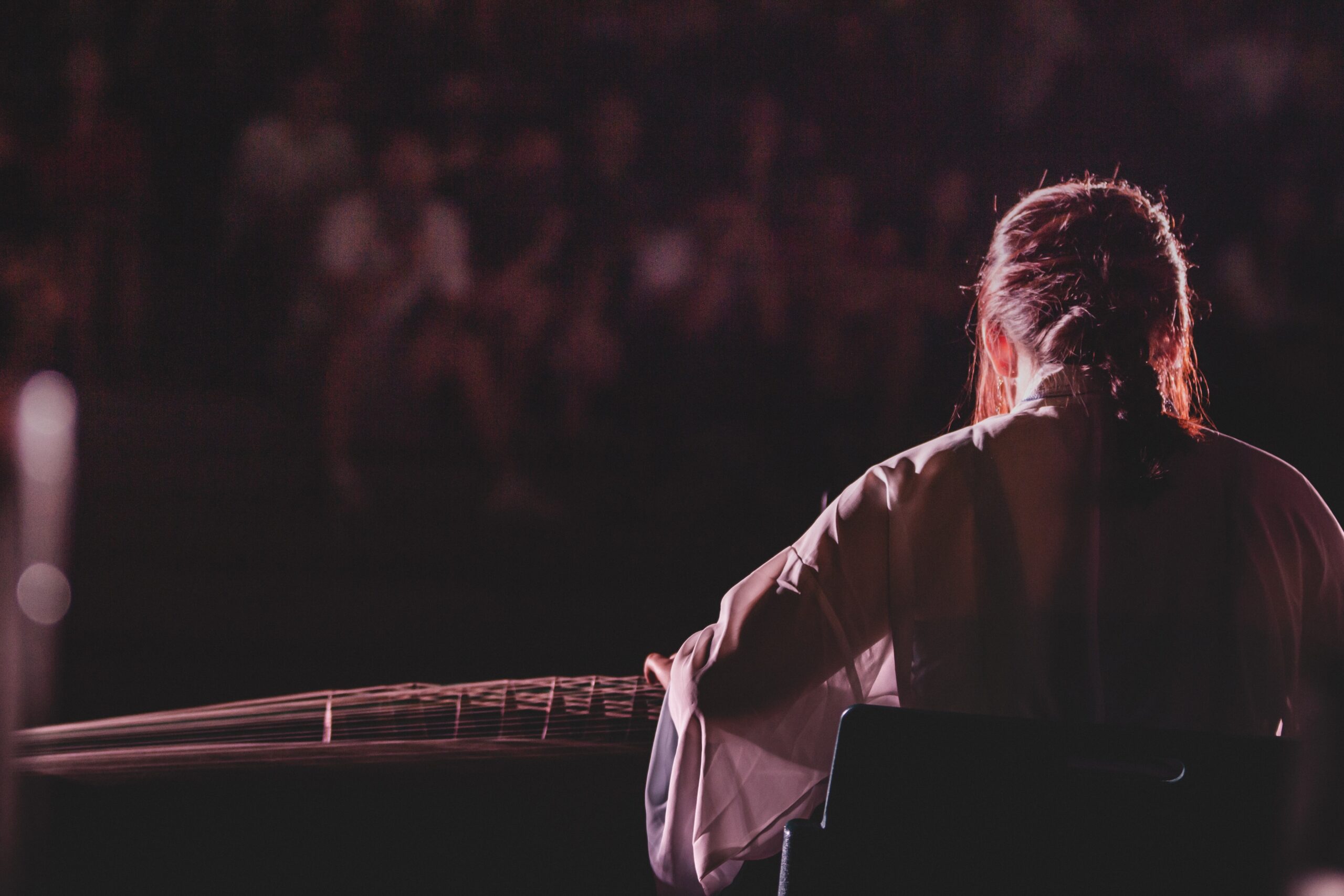 From ancient times to the present, where there are banquets, there is music.

Guzheng is a traditional Chinese plucked stringed instrument with a history of more than 2500 years. In ancient China, guzheng was mainly used as royal banquet music, and it was not until the Ming Dynasty, about 1368, that it gradually entered the lives of ordinary people.

This is a musical song written by the king of Zhou at the banquet with his guests. According to the etiquette at that time, food, wine and music were indispensable in the whole banquet. People especially like to enjoy music while drinking.

The name “guzheng” is two characters, 古 and 筝 (Gǔ and zhēng). Gǔ means ancient and zhēng means zither. Those early board and string instruments were definitely zithers but they were very different from the guzheng of today.

The modern guzheng commonly has 21, 25 or 26 strings, is 64 inches (1.6 m) long, and is tuned in a major pentatonic scale. It has a large, resonant soundboard made from Paulownia. Other components are often made from other woods for structural or decorative reasons. Guzheng players often wear plectrums on one or both hands to play.

Guzheng is a traditional Chinese musical instrument excellent both in sound and melody. The timbre of guzheng is clear and melodious, noble and unsullied, refined and elegant, sweet and beautiful. It is full of romantic charm. The arrangement of the strings of guzheng makes it easily produce the magnificent phrases of the pentatonic scale. It seems as if the audiences hear the sound of waterfall or flowing stream, or the sound of great waves in the river or sea. The various performing techniques of the left hand (such as slight vibrating, kneading, skimming, sliding, etc.) makes the guzheng be able to depict the slight changes of human feeling more meticulously and ingeniously. No matter of the feeling of complaining or relating, the feeling like poem or picture, or the intense emotion of impassion or sorrowfulness, the guzheng can depict all of them incisively and vividly.

Millions of children are learning guzheng because it is one of the easiest traditional Chinese musical instruments to learn. However, learners are easy to learn and difficult to master. After becoming a Chinese folk instrument, guzheng playing techniques continue to bring forth the new. over the past century, the internationalization of guzheng has been obviously accelerated, on the basis of retaining the original characteristics, it also integrates the playing techniques of piano, harp, guitar and other western musical instruments.

Due to its abundant and extensive connotation profound and wonderful artistic conception, magnificent and splendid timbre and rapidly increased musical works, it has become the most prominent one in the Chinese traditional music field, and exhibits a thriving and flourishing tendency.