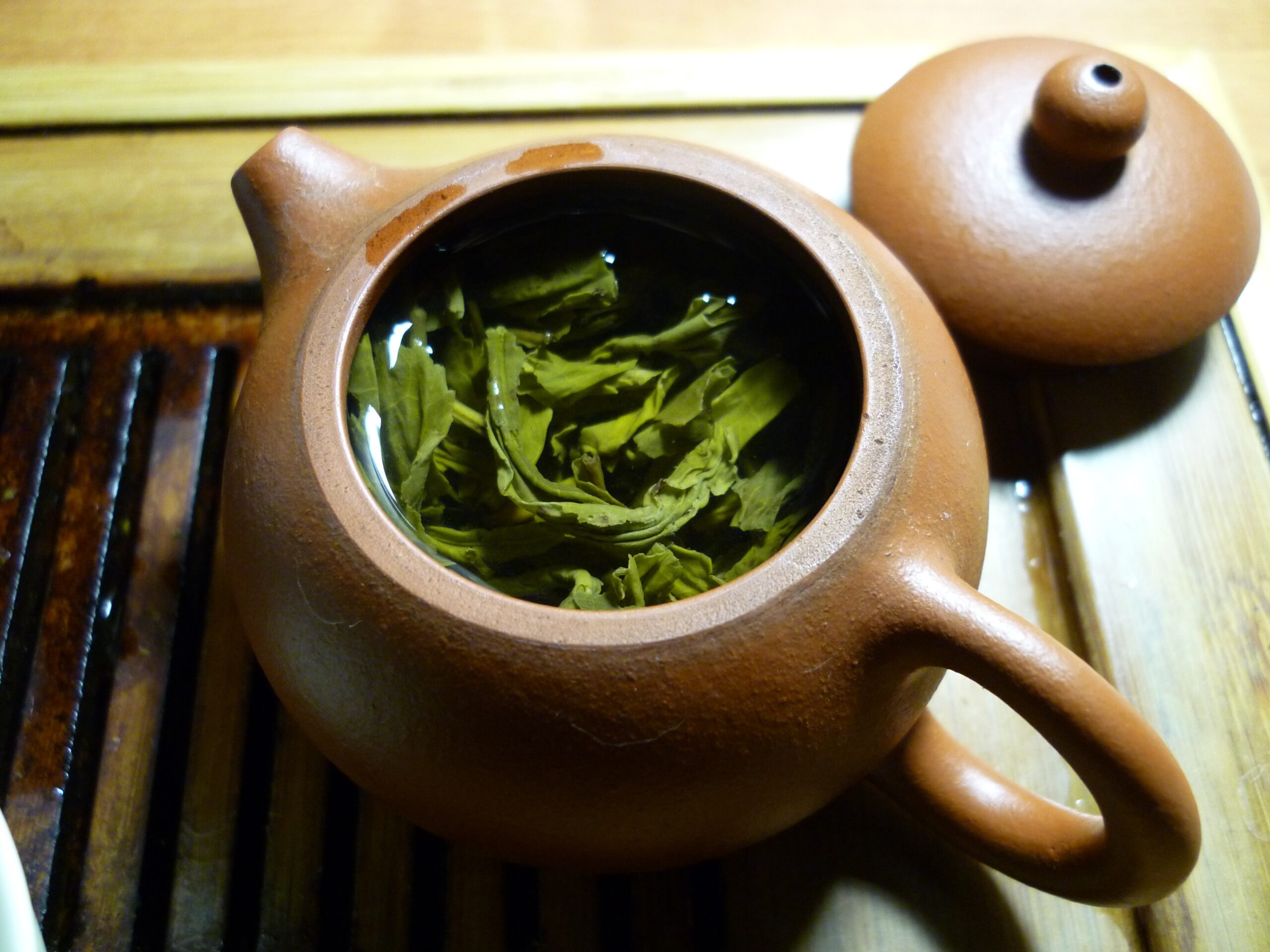 Green tea, one of the main teas in China, refers to a drink made from the new leaves or buds of the tea plant without the process of drying. Green Tea get its name for its tea color because the color and luster of the finished products preserve the green style of the fresh tea leaves. Drinking green tea has various positive effects.

The following will introduce the top four effects of green tea and two different methods of making your green tea. Now let’s take a look!

Tea drinks are known to be energizing because of theobromine, a substance found in tea. In the stimulation of this substance, the central nervous system of the human body will be in a state of excitement. The theine content in green tea is much higher than other kinds of tea, so drinking a cup of green tea in the morning have the effect of refreshing your brain.

Tea has a better diuretic effect, if compared with the same volume of water. Because of theine contained in tea, it can increase the activity function of the muscle and make kidney produces contractive, thus being conducive to urinate.

When we finish our work every day, it is way too easy to feel tired. So drinking a cup of green tea can help to alleviating fatigue. Drinking green tea not only makes us feel more energetic, but also helps to preserve erve our eyes.

Green tea contains powerful antioxidants and vitamin C, which release anti-stress hormones. The mineral element that contains a few in green tea can also stimulate central nervous system, heartening our spirit. This is why it’s recommended to drink a cup of green tea after your busy day.

In addition to relieving fatigue, green tea is rich in antioxidants and has anti-aging properties, making it a popular drink of choice for many women in China. Green tea is the tea that retain the natural material of fresh leaf which contains the nutrient composition such as tea polyphenol, theine, amino acid, vitamin more also. These natural nutrients in green tea have a special effect on anti-aging.

According to medical research, drinking green tea can let the skin maintain flexibility and slow down the speed of aging as far as possible. Having green tea once in a while does have certain anti-aging effect really, but the most important thing is to develop the habit of drinking green tea in your daily life. Only in this way can the green tea achieve its ideal anti-aging effect. And the choice you make on tea also has to be exquisite, which means you must choose the tea that suits yourself according to your own health condition and mental state. For example the person who gets angry easily can choose to drink green tea, but for those whose stomach tend to be described as cold in Traditional Chinese Medicine should choose black tea or pu ‘er to drink.

Inject 3 minutes of water with appropriate temperature, then throw the tea, turn it gently to make the tea infiltrate, and then slowly stretch the water until 7 minutes full.

A proper amount of tea leaves, along the wall of the cup to seven minutes full of warm water, slowly shake to make the tea completely wet, let it naturally stretch.

No matter which method is used, the tea should be finished in 3 to 5 minutes. You can also pour the tea into the cup ahead of time to prevent the tea from oversoaking. Because as the tea soup temperature decreases, the tea soup color and taste will be somewhat worse.

In the end, the benefits of green tea have been described above. We have already known something about green tea by now. The ones that like to drink green tea are recommended to drink a bit more in daily life since it provides the body with the nutrients it needs and it is also good for preventing many diseases.

Green tea is available at any Chinese restaurant.

So why not make yourself a cup of tea and enjoy it right now.