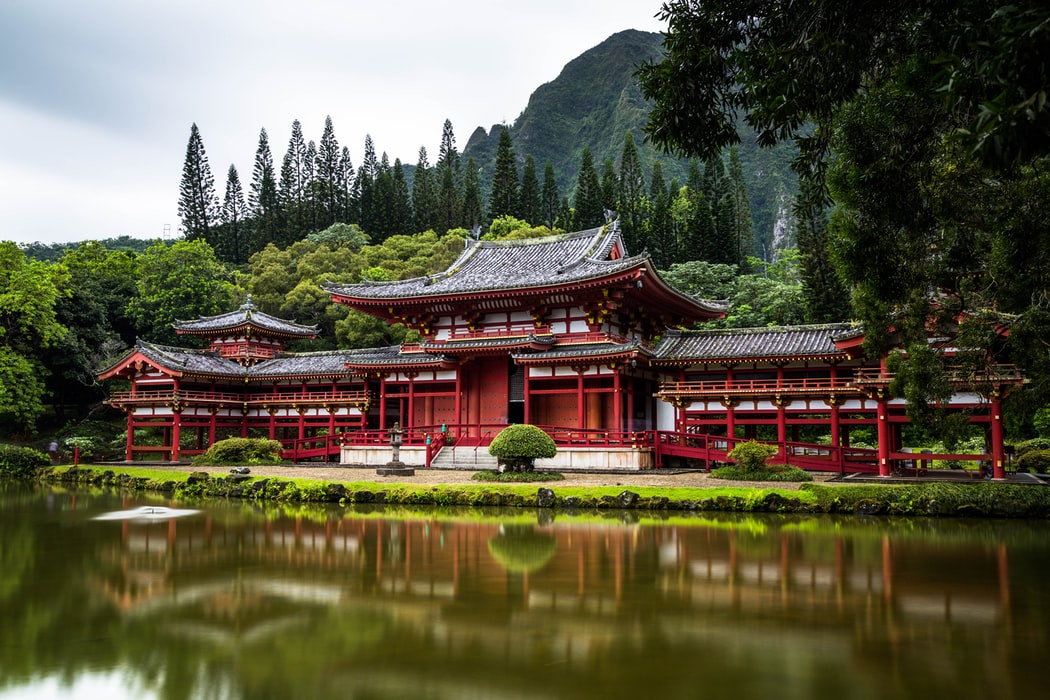 There’s no such thing as the “Chinese” cuisine

Crispy Peking duck slices rolled with spring onion, cucumber and sweet bean sauce in pancakes, dim sum, shrimp dumplings, xiao long bao, and spring rolls. Just some examples of ‘typical’ Chinese dishes you find on the menu of restaurants that claim to serve you the authentic Chinese cuisine. The twist? There’s no such thing as “Chinese” cuisine. Each province of China has its own culinary system, so the country has in fact eight different cuisines. Learn more about these different cuisines, their cooking techniques, and specialties.

Let’s start with the most important one: the Shandong cuisine. This is seen as the origin of the country’s culinary culture as it serves the imperial family. Fish is the base of this cuisine, and especially scallops play a big part in the kitchens – all heavy in seasonings and soy sauce when cooked. Furthermore, it’s all about dough. The populace of this region is crazy about pancakes with raw green onions, wheat-based pieces of bread, and baozi, a steamed dumpling with fillings of mincemeat. The most representative dish for Shandong? Sweet and sour yellow river carp.

The soul of this kitchen is chili. In contrast to the mostly foggy and wet weather, locals use the hot- and dryness of spices for cooking. The area is a heaven for growing peppers and hot chili – ever heard of Sichuan peppers? Using these seasonings, local people created Mala flavors, combining the feel of numbing and spicy. A flavor that is widely adopted in dishes such as hotpot, spicy fried chicken, and spiced fish stew for example. If you’ve been to this region you might recognize it: many foreigners cannot feel the existence of their tongues after giving it a shot.

The Jiangsu cuisine is associated with the word “elite”, a group of people who are well educated and polite. Emotional or rude behaviours are not applicable for this region, which is reflected in the cuisine. No heavy flavors, salts or spices like in Sichuan, but delicate, light flavors, highlighting the highlighting textures of the main ingredients. This cooking style is associated with the history of the provincial capital, Nanjing. As this city was the capital of China for hundreds of years, it has a long history of serving state banquets and foreign ambassadors. Hence, the sophistication.

Cantonese cuisine is the most common cuisine served in various restaurants in the Netherlands. Dim sum is the most popular example of a signature Cantonese dish and the number one choice for most Dutch people looking for an exotic touch. As you might know: dim sum is not a dish itself, it is – and means – a wide collection of small dishes, including dumplings with various fillings, tofu desserts, shrimp congee, egg tart with a light-yellow glow, fried rice noodles and steamed vermicelli rolls. Similar to the Jiangsu cuisine, Cantonese cooking avoids the use of too many spices and pursues high-quality soy sauce and wine to cook with.

Due to the coastline and mountainous inland terrain, Fujian cuisine is rich in seafood. Fun fact? This area has eight different dialects, causing the North and the South not to understand each other. This translates into the flavors of the region also being distinct. The north prefers sweet and sour, while the south likes sweet and spicy.

The most famous food that comes from the Fujian cuisine is the street food of the village Sha Xian, which is popular all across China. It is interesting to see that while they’re not connected, all street food stands originate in this village and the restaurants share the same recipes and decorations of dishes.

Hunan is the hometown of Chairman Mao who said: “No chili, no evolution.” Different from the dry chili used in Sichuan, Hunanese food is full of fresh and pickled chili, causing an overwhelming and lingering taste sensation. No hotness on the lips, but spreading fire from the mouth to the stomach. Hunan is most known for Mao’s red braised pork; pork existing out of five different layers, steamed with soy sauce.

As the neighbour of Jiangsu, Anhui cuisine is also well-known for delicacy and sweet flavors. However, this is combined with the use of many spices. Surrounded by mountains on four sides, seafood is scarce and as pricy as gold. In this area, it’s all about the use of mushrooms, bamboo shoots and wild vegetables. Anhui people are very proud of the freshness of these raw materials.

Last but not least: the Zhejiang cuisine. Because of its mild climate and the area being located near the river, this province is rich in tea, fish, and rice and honoured for it. Precious ingredients such as abalone are abundant here, causing locals to be picky and fond of fine, fresh, and tender dishes. They also have a habit of eating seasonal food. In spring you’ll find bamboo in the kitchen, while in summer lotus is served.

PrevThe magic called; acupuncture
Tea: a “mistake” that took over the worldNext